The federal government has adopted strict new regulations to govern the use of drones in Canadian airspace â prohibiting them from flying near airports and emergency scenesÂ and ensuring that those operating them aren’t drunk or high on drugs.

Transport Minister Marc Garneau is set to formally announce the new rules for remotely piloted aircraft systems at a news conference in Montreal on Wednesday.

A copy of the new regulations obtained by CBC News reveals that they are comprehensive. TheyÂ requireÂ that drones be registered and that operators of larger drones be certified. The regulations also state who can operate them, where they can fly and what they can carry.

For example, the regulations spell out that drones will not be allowed to carry living things and would require a special certificate to transport things like explosives, weapons or ammunition.

The new regulations will apply to drones that weigh more than 55 pounds.Â Most of the changes are scheduled to go into effect June 1.

Garneau’s announcement comes as the presence of drones near the U.K.’s Gatwick Airport before Christmas led to chaos. Hundreds of flights were cancelled because of the threat of drones colliding with aircraft, disrupting the travel plans of more than 100,000 passengers. 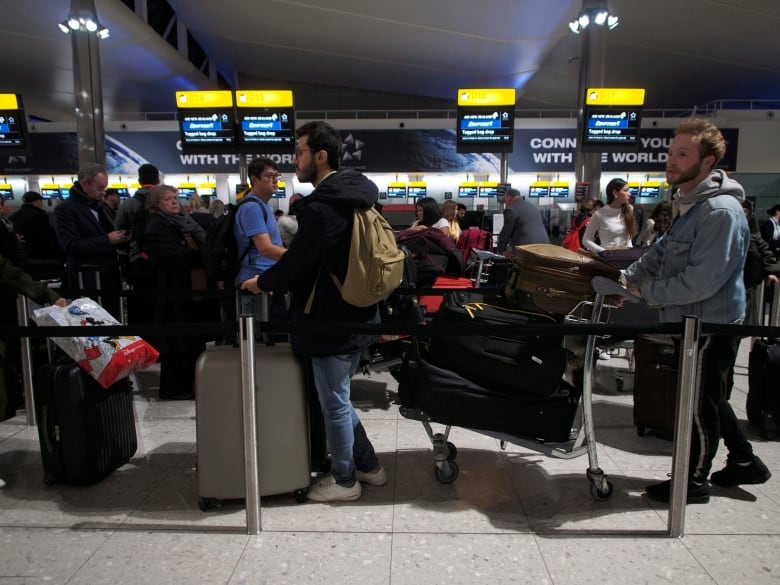 On Tuesday, the sighting of a drone disrupted flights for about an hour at Heathrow, the U.K.’s busiest airport.

Canada has not been immune. In October 2017, a small drone collided with a passenger plane in the skies above Jean Lesage airport in Quebec City, resulting in minor damage. Nobody was hurt. At the time, Garneau described it as the first collision in Canada between a drone and a commercial aircraft.

In June 2017, Garneau told the Montreal Gazette that the prospect of a drone colliding with an aircraft was “the kind of nightmare scenario that keeps me up at night.”

The government introduced interim rules in 2017 to govern drones while it worked on the final regulations. The regulationsÂ were adopted by cabinetÂ just before Christmas â around the same time drone sightings were disrupting Gatwick flights.

The overriding themeÂ in the new regulations is the need to prohibit the operation of drones “in such a reckless or negligent manner as to endanger or be likely to endanger aviation safety or the safety of any person.”

Nobody can be a registered owner of a drone unless they are at least 14 years old and a citizen or permanent resident of Canada. Corporations and federal, municipal or provincial governments can also own drones.

Unless they have a special certificate permitting them to do so, drone operators will have to keep their drones in their visual line of sight at all times. They won’t be allowed to fly them too close to airports, heliports or in controlled airspace and they will have to give way to aircraft, airships, gliders and balloons.

With the exception of police, rescue and firefighting operations, nobody will be allowed to fly a drone over or within a security perimeter set up by officials in response to an emergency. That could prohibit news organizations from using drones equipped with cameras to get aerial footage of crimes, disasters or terrorist attacks.

Drinking alcohol within 12 hours of being on a drone flight crew is prohibited, as is being “under the influence of alcohol” or “any drug that impairs the person’s faculties to the extent that aviation safety or the safety of any person is endangered or likely to be endangered.”

The rules also prohibit anyone from operating a drone or taking part in a drone flight crew when they are tired or otherwise unable to properly perform their duties.

No one will be allowed to fly a droneÂ when the weather conditions prevent seeing the droneÂ at all times, or when frost, ice or snow are stuck to the drone. Those who want to fly a drone at night will need special lights.

Those with advanced operations certificates will get to fly closer to airports and controlled airspace. They will have to be at least 16 years old and pass an exam and a flight review.

Elizabeth Thompson can be reached at elizabeth.thompson@cbc.ca

Post Views: 676
Want To Change Your Life? Start Earning Up To $5,000 Per Week After Watching This Video. Click Here!
Related Topics:avoidingcertificatesDronesdroningdrunkPilotRules
Up Next