Snowshoe hares eat meat, and they don’t seem all that picky about what kind of animal it comes from.Â 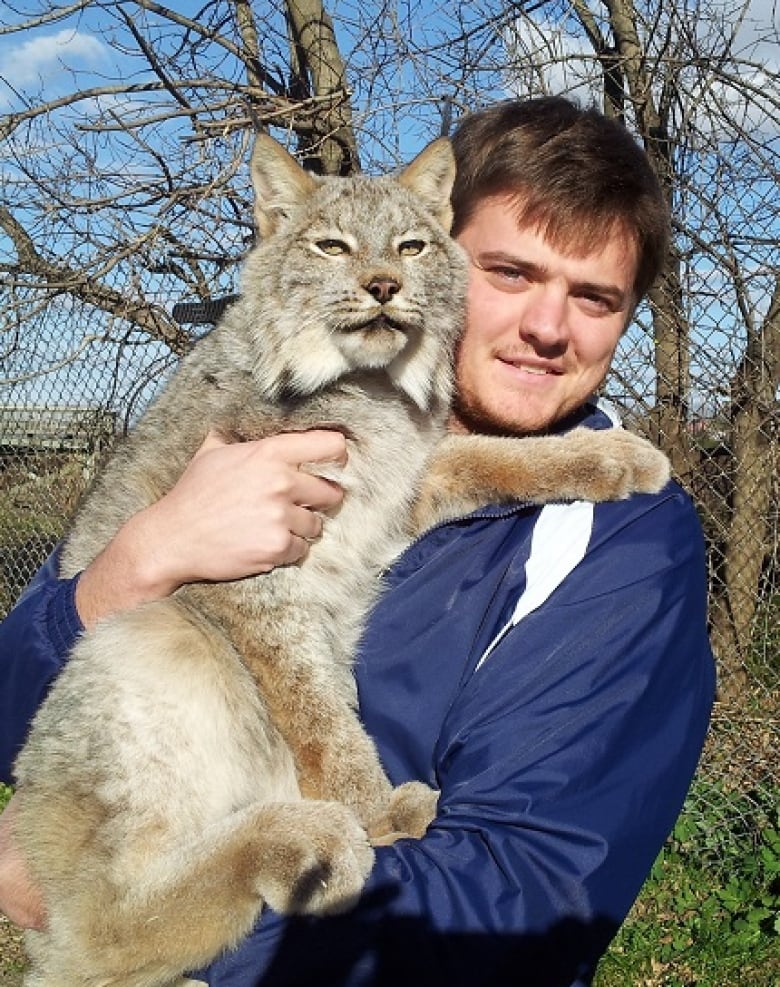 Peers, a PHD student at the University of Alberta, has been doing snowshoe hare and lynx research in the Kluane region for several years. (Submitted by Michael Peers)

“It’s weird seeing a bunny â¦ just kind of getting its head right into the side carcass of another rabbit and consuming meat,” said Michael Peers, who wrote the paper. “It’s kind of, I guess, not what you’d expect.”

Peers,Â a PhD candidate at the University of Alberta, is studying how changes in the environment may affectÂ snowshoe hare survival. He discovered the carnivorous haresÂ after setting up wildlife cameras on animal carcasses as a side project to his main research.

While it’s already known in the scientific community that some herbivores occasionally indulge in meat-eating, what surprised PeersÂ was that the hares scavengedÂ “quite frequently and for longÂ periods of time.”

Hares scavenged 20 of the 161 carcasses the researchers deployed for the study and some of the hares appeared to defend carcassesÂ from other hares.

There were two other discoveries that shocked Peers. He captured two different hares eating grouse feathersÂ over a several-day period. He thinks his photos are the first documented occurrence of this behaviour.

Peers said it was also surprising to see haresÂ munching on lynx, their main predator. 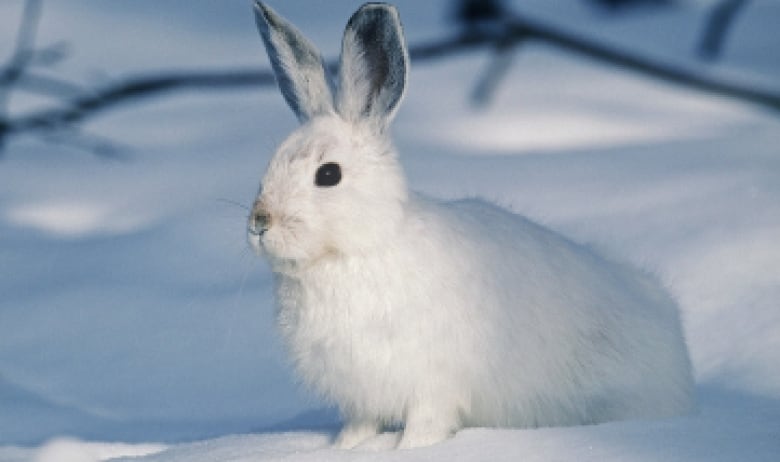 Don’t be deceived – these fluffy bunnies enjoy eating meat every now and then. (Alberta Environment and Parks)

He said his findings addÂ to a growing body of evidence that animals aren’t as easily classified as herbivores or carnivores as once thought.Â

“Animals that we think are herbivores actually consume a little bit more meat than we would have otherwise suspected.”

RudyÂ Boonstra, Peers’s co-supervisor, says theÂ discovery is both “remarkable and puzzling” for the photographic evidence he was able to capture of the hare’s diverse appetite.Â

But the University of Toronto professor, who hasÂ been studying snowshoe hare and other mammals in Yukon and the Arctic for more than 30 years, says a lot of herbivores aren’t strictly vegetarian.Â

BoonstraÂ says he’s seenÂ Arctic ground squirrels go on a “hunt and kill mission” for lemmings and then dining heartily on their brainsÂ (he published a paper on this in the Canadian Journal of Zoology in 1990).Â Â

“The animals know what they’re doing,” he said, adding that they are most likelyÂ supplementing their diet.Â 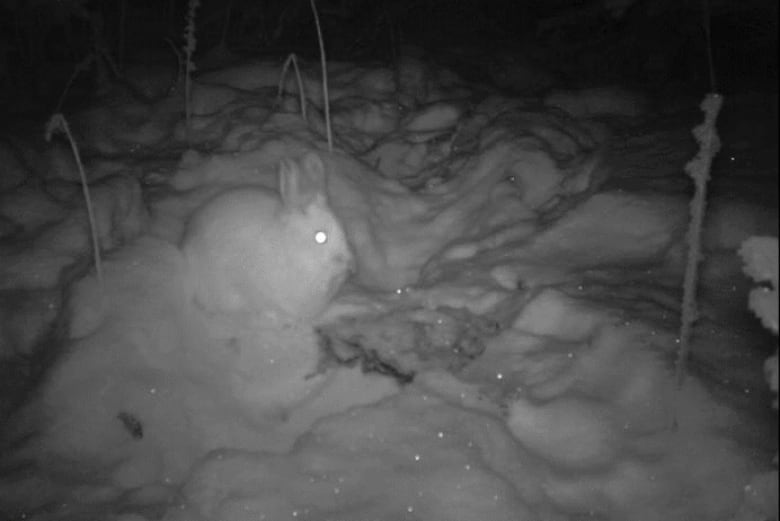 Peers says he thinks this is the first documented occurrence of a hare eating grouse feathers. (Submitted by Michael Peers)

Peers found that hares primarilyÂ scavengeÂ in the winter. His theory is hares are looking for more protein to add to their seasonal diet of willow and dwarf birch.Â He suspects the feather-eating also hadÂ something to do with protein, but he said it leaves questions about how a hare can digest the feathers.Â Â

Spying on the forest

Researchers in the past wouldÂ look at animal tracks in the snow around carcasses and take their best guess as to what happened there.

Now, they can get photographic evidence with cameras that detect motion and use infrared technology to take photos at night in pitch black conditions.Â

Peers’s natural history paper is more observational than scientific, but he hopes it might give other researchers food for thought for future studies.Â

Post Views: 531
Want To Change Your Life? Start Earning Up To $5,000 Per Week After Watching This Video. Click Here!
Related Topics:
Up Next

How a theoretical physicist is helping scientists understand how glaciers flow