The talks in Poland were supposed to end Friday but Michal Kurtyka, a senior Polish official chairing the negotiations, told delegates they would resume talks on a revised draft text at 4 a.m. Saturday.

“All parties, with the support of the presidency, are working very hard right now in order to solve outstanding issues and in order to find the balanced package here in Katowice,” Kurtyka told reporters.

After two weeks of talks in the southern Polish city, diplomats have come closer to agreeing on the rules that govern the 2015 Paris climate accord. These include how countries should transparently report both their greenhouse gases emissions and their efforts to reduce them.

Scientists say global emissions need to drop dramatically by 2030 and reach near-zero by 2050 in order to prevent the potentially catastrophic consequences for life on Earth.

A recent report by the Intergovernmental Panel on Climate Change concluded that it’s possible to cap global warming at 1.5 C higher by the end of the century compared to pre-industrial times. That’s the lower end of the 1.5 to 2 C scale mentioned in the Paris accord.

But this would require a drastic overhaul of the global economy, including ending the use of almost all fossil fuels.

The United States, Russia, Saudi Arabia and Kuwait have refused to “welcome” the IPCC report, angering other countries and environmentalists.

Former Maldives president Mohamed Nasheed warned that countries such as his, which consider themselves on the front lines of global warming, would veto the current draft because it lacks a clear commitment to the 1.5 C target.

“If necessary, we will rebel against the negotiations,” Nasheed told reporters.

Another issue haunting negotiators is the rules for an international market in carbon credits. 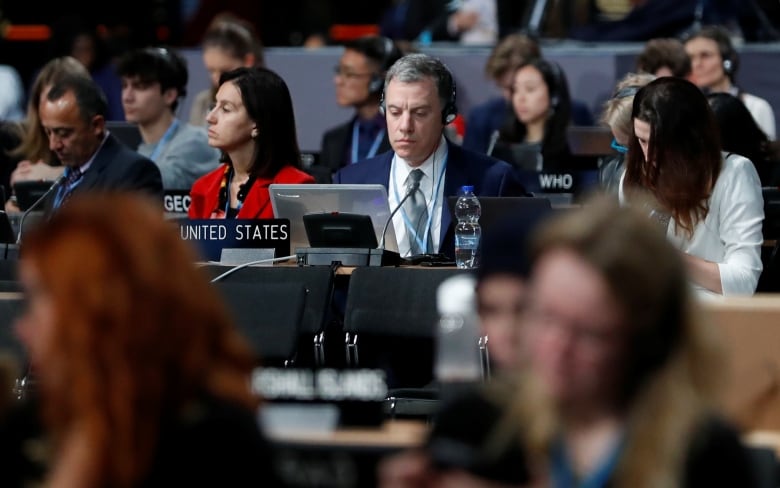 Participants take part in a plenary session, during what was supposed to be the final day of the climate conference. (Kacper Pempel/Reuters)

The clash pits emerging economies such as Brazil — which amassed large piles of carbon credits under the 1997 Kyoto treaty’s rules — against industrial countries such as those in the European Union, which believe the older credits aren’t worth the paper they were printed on.

Economists believe a functioning carbon trading system could be an effective way to drive down emissions and raise large amounts of money for measures to curb global warming.

Alex Hanafi, lead counsel at the New York-based Environmental Defense Fund, said Brazil was trying to weaken the rules in such a way that would allow countries to count their emissions reductions twice, undermining the carbon markets.

“This loophole needs to be closed so zombie credits from the old [Kyoto] Clean Development Mechanism cannot infect the climate integrity of the Paris Agreement,” he said.

“Brazil is currently working with other parties on a bridging proposal,” said the country’s chief negotiator, Antonio Marcondes.

Trump defends pulling out of Paris accord

Aid for poor countries — and whether they could benefit from a levy on the carbon market — is another key issue at the talks.

Poor countries insist they should get financial support not just to lower emissions and adapt to climate change, but also to make up for the global warming damages that have already occurred, largely because of emissions from industrial nations.

U.S. President Donald Trump on Thursday waded into the debate over the costs of tackling climate change, telling Fox News that if he had remained in the Paris climate accord the U.S. “would be paying trillions of dollars, trillions of dollars for nothing, and I wouldn’t do that.”

Trump announced last year that the U.S. is pulling out of the Paris climate accord unless he can get a better deal — a possibility that others such as the EU and China have dismissed.

Germany’s environment minister said the failure to curb climate change would cost the world a lot more than the trillions Trump claims that he’s saving. 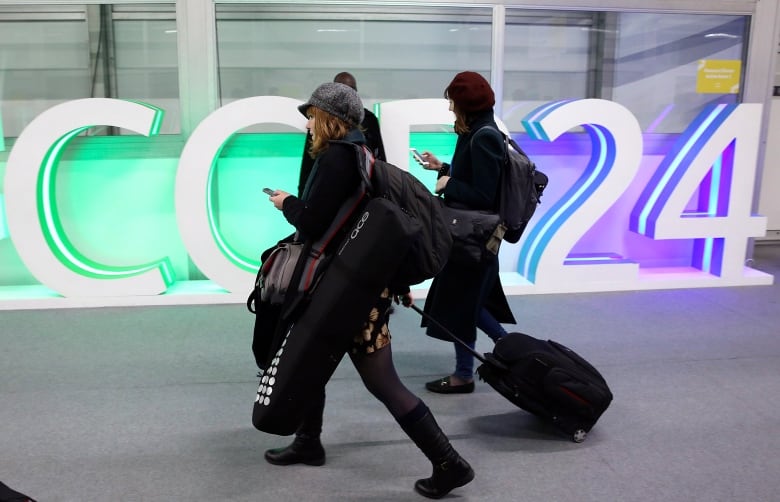 A group of participants leaves before the end of the final session of the summit on Friday. The Katowice summit is the biggest UN climate conference since the Paris climate accord was reached in 2015. (Czarek Sokolowski/Associated Press)

“If we let entire stretches of this planet become uninhabitable, then it will trigger gigantic costs,” Schulze told reporters, adding that developing technology to lower emissions would give Germany a competitive economic advantage.

With climate delegates hoping to clinch a deal on Saturday, they were able to agree on one thing Friday: that next year’s climate talks will be held in Chile.

Post Views: 481
Want To Change Your Life? Start Earning Up To $5,000 Per Week After Watching This Video. Click Here!
Related Topics:climatecountriesdemandextendedIslandtalks
Up Next

Webcams and wearable tech are going to the dogs, literally