Canada’s plan to eliminate tuberculosis in Inuit communities will focus on reducing poverty as well as improving health care.

ITK and the federal government vowed earlier this year to cut tuberculosis cases by half in Inuit communities by 2025, with the goal of fully eliminating the disease by 2030.

Region-specific plans in the works

The priorities give broad direction to the four Inuit regions of Canada, which have until the end of March to come up with detailed plans that address their own unique challenges, including social determinants of health, such as housing.

“Tuberculosis will not effectively be eliminated without addressing those underlying issues, and one of the most pressing ones is of course housing,” said Philpott.

“We know that the rates of overcrowding are extremely high across Inuit Nunangat.”

“TB has long been referred to as a social disease with a medical aspect due to the tendency of the populations with poorer social and economic conditions to be disproportionately affected by the disease,” the framework said. 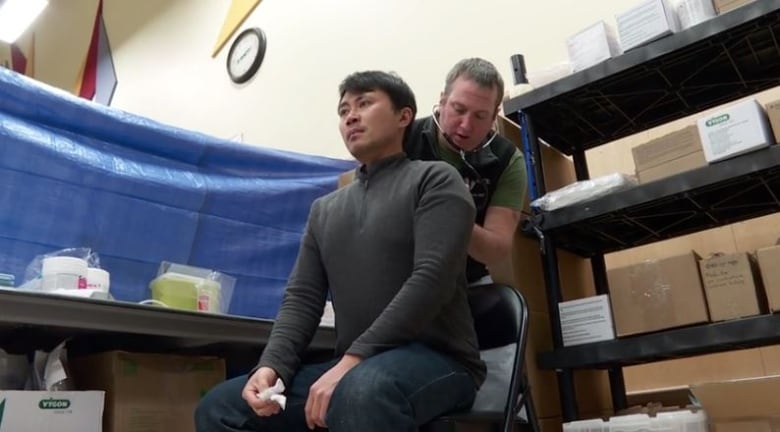 A man participates in the community-wide screening for tuberculosis in Qikiqtarjuaq, Nunavut. (Travis Burke/CBC)

The federal government allotted $27.5 million over five years in the 2018 budget to deal with tuberculosis in Inuit Nunangat, the Inuit homeland in Canada.

Those behind the framework acknowledge that’s not enough money to eliminate the disease, but are hopeful the framework will provide a way forward for more money to come in.

The $27.5 million will be split by ITK’s board of directors, which includes the presidents of the four land claim organizations in Inuit Nunangat. 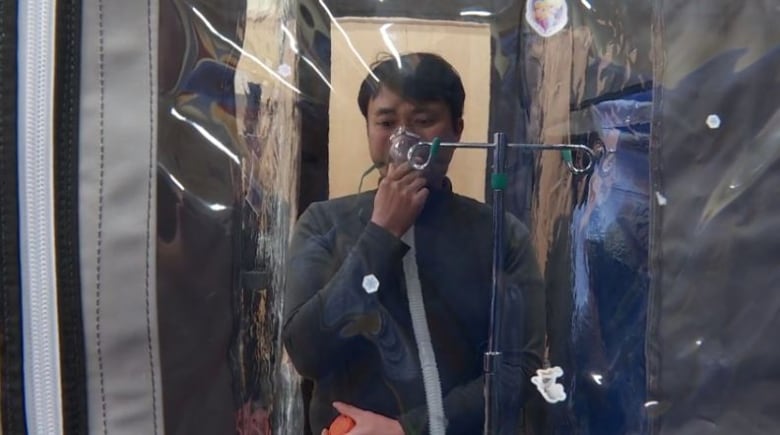 A man is tested for tuberculosis in a mobile containment unit that was set up in Qikiqtarjuaq’s community hall. (Travis Burke/CBC)

It is made up of four regions: Nunavut, Nunavik (northern Quebec), Nunatsiavut (northern Labrador), and the Inuvialuit Settlement Region (northern Northwest Territories). Each have different rates of tuberculosis infection.

For the last decade numbers are available (from 2007 to 2016), the Inuvialuit Settlement Region has had no active cases of tuberculosis, while Nunavut has a tuberculosis rate of 181.1 cases per 100,000 people in the same period.

“We hope that we are going to work to implement this framework, especially in relation to strengthening TB care and prevention, empowering our communities and having much better communication and open dialogue about TB and how to either get tested or identify within your family or community and also individually,” said Natan Obed, the president of ITK.

The directive to eliminate tuberculosis came about as part of the Inuit-to-Crown partnership, signed last year, which allows Inuit leaders to work directly with the federal government on their priorities.

In the most recent Inuit-to-Crown partnership meeting about two weeks ago, the group endorsed a housing framework for Inuit in Canada, which has not yet been made public.

Post Views: 332
Want To Change Your Life? Start Earning Up To $5,000 Per Week After Watching This Video. Click Here!
Related Topics:
Up Next

Post Views: 515
Want To Change Your Life? Start Earning Up To $5,000 Per Week After Watching This Video. Click Here!
Continue Reading

Post Views: 456
Want To Change Your Life? Start Earning Up To $5,000 Per Week After Watching This Video. Click Here!
Continue Reading

Post Views: 483
Want To Change Your Life? Start Earning Up To $5,000 Per Week After Watching This Video. Click Here!
Continue Reading