Research shows North Atlantic right whales are visiting the Gulf of St. Lawrence in greater numbers but are more likely to encounter fishing gear in deep waters — a finding that may have implications for next season’s lobster and crab fishery restrictions in New Brunswick.

In a technical briefing hosted by the Department of Fisheries and Oceans and Transport Canada, scientists presented what they learned from a peer-review last week of research done over the past three years.

The meeting brought together 40 scientists and academics to discuss right whale distribution and whether the endangered mammals can find a safe habitat in Canadian waters.

Entanglement with fishing gear and strikes by ships have been identified as leading threats to the endangered whales. 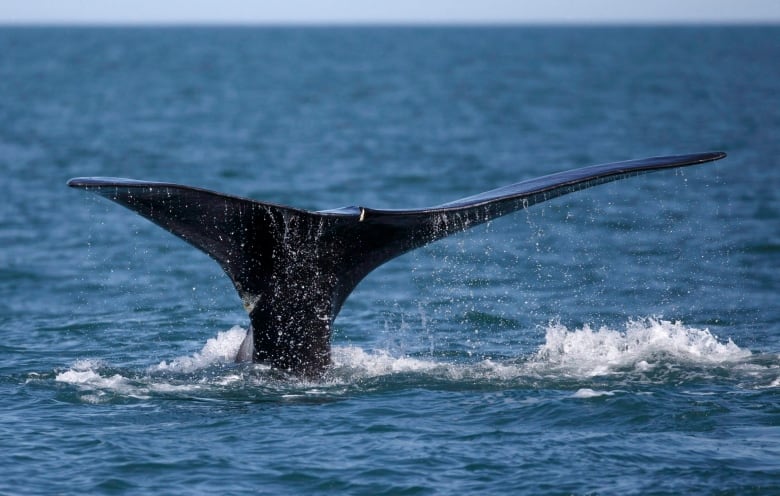 A North Atlantic right whale feeds on the surface of Cape Cod bay off the coast of Plymouth, Mass. early in 2018. (Michael Dwyer/Associated Press)

Garry Stenson, chair of the meeting, said one of the key pieces of information comes from tracking whales using acoustic listening devices and drones.

About half the remaining North Atlantic right whales visited the southern Gulf of St. Lawrence this summer, or 190 out of a total 411 whales.

And of those whales in the gulf, almost all preferred water deeper than 50 metres.

“Very few right whales are found in those shallow waters,” he said. “Only one was found in waters less than 50 metres … Presence of prey is also rare there.”

Lobster are typically most abundant in cold water at around 50 metres deep, while snow crabs are found at varying depths — from 50 to 600 metres deep.

This year’s snow crab and lobster seasons in the gulf and Bay of Fundy were stop-and-go because of closures implemented by the Department of Fisheries to protect right whales. The closures were a response to the deaths of 12 endangered whales in Canadian waters in 2017.

Over the summer, fishermen complained the closures hurt.

According to the Grand Manan Fishermen’s Association, a 15-day fishery shutdown caused by a right whale sighting cost the industry millions of dollars and affected the final income for many workers. 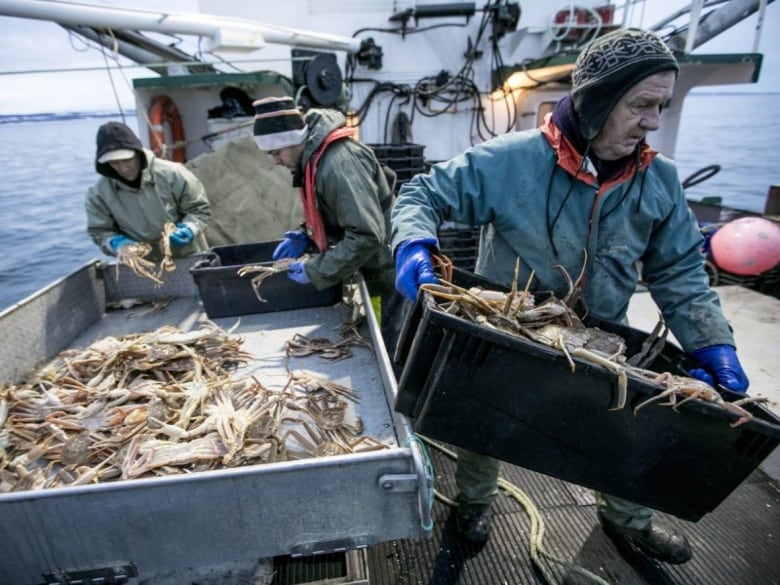 Until North Atlantic right whales started dying in frightening numbers in the Gulf of St. Lawrence, there was little talk of the lucrative snow crab fishery off New Brunswick. (Submitted by Nicole Boudreau)

The Fisheries Department also implemented speed restrictions on cargo ships because of the increased whale population in the southwestern Gulf of St. Lawrence.

These measures may be the reason why there have been no reported right whale deaths in Canada this year and fewer entanglements.

But there have been three reported right whale deaths in the United States, and no recorded births anywhere.

Scientists don’t know why more whales have been moving to the gulf from the Bay of Fundy and nearby Roseway Basin,  but it may be because their food is moving north as the water warms, Stenson said.

“There’s clear evidence now to suggest that yes, there was an increase in number of whales starting from 2015,” he said. “There were whales present earlier … but they were quite rare.”

Scientists gathered their findings from simulations.

“Virtual whales,” with behaviour based on observed right whale behaviour, were more likely to encounter fishing gear in deeper waters, he said.

“If there’s a lot of fishing gear in the southwest Gulf of St. Lawrence, there’s potential of interaction,” he said. 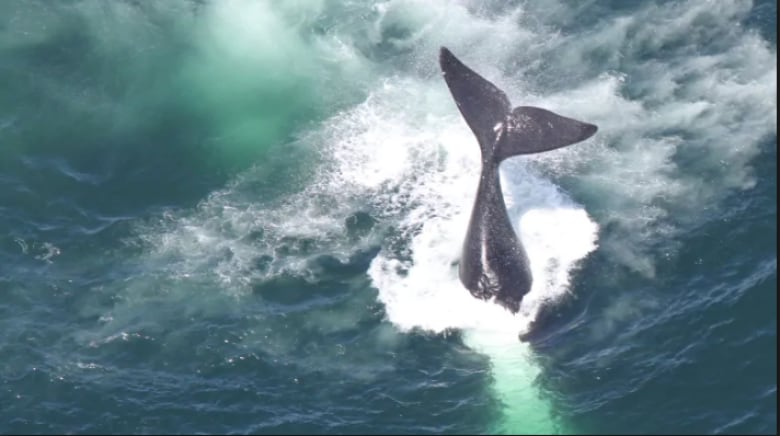 The Grand Manan Fishermen’s Association wants to reduce the amount of rope used in lobster fishing in an effort to eliminate whale entanglements. (Centre for Coastal Studies/NOAA)

But that doesn’t mean that there will be an entanglement, he said.

“An encounter is not an entrapment.”

Does that mean the restrictions on crab fisheries this season were effective? Stenson said the restricted area in 2018 seemed to cover “most of the places where fishing gear and right whales might overlap.”

As to what impact this research will have on government policy, Stenson said a “post-mortem” of the peer-review meeting will be done in January, and the group will compile a report with more detailed findings and recommendations that may help guide public policy.

Post Views: 458
Want To Change Your Life? Start Earning Up To $5,000 Per Week After Watching This Video. Click Here!
Related Topics:AtlanticGulfNorthshallowspottedwaterswhales
Up Next