Nearly half of southern British Columbia’s chinook salmon populations are in decline, according to a science committee that monitors the health of wildlife populations.

The Committee on the Status of Endangered Wildlife in Canada (COSEWIC) reported Monday that of 16 chinook populations studied, eight are endangered, four are threatened and one is considered of special concern.

Only one, located in British Columbia’s Thompson River, is considered stable. The condition of two populations is unknown. Southern B.C. has 28 chinook populations.

Endangered is the committee’s most serious ranking, suggesting the population is in danger of being wiped out.

“There are some where there is thought to be fewer than 200 fish still remaining,” said committee member and fisheries biologist John Neilson.

“At that level, there would be concern about those stocks. That’s why we’re sounding the alarm.”

Chinook salmon are both a major fishery in British Columbia and central to the lives and culture of Indigenous people. Neilson said the new assessment is the most comprehensive the committee has ever done on the fish.

“From other studies and general knowledge on the state of salmon in B.C., there’s a lot of concern,” Neilson said. “These are populations that are at the high end of needing some attention.”

Scientists believe the problem occurs during the part of their lives the salmon spend in the ocean.

Some believe growing numbers of seals and sea lions, which feed on the fish, are behind the declines.

Others say the warming and acidifying ocean is starting to affect the food web the salmon depend on. 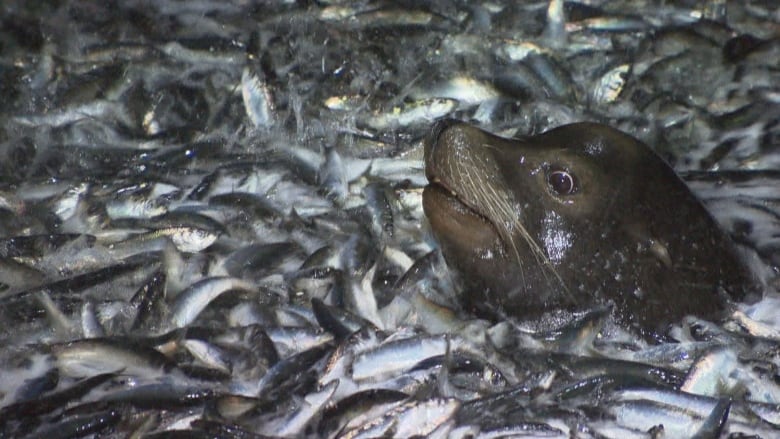 Some fishermen suspect sea lions are contributing to the decline of Pacific fish stocks, including chinook and herring, pictured here. (Nic Amaya/CBC)

COSEWIC chair and Simon Fraser University fisheries biologist John Reynolds said he was surprised to see just how badly the populations were doing.

“In general, salmon have been having a struggle lately on the West Coast,” Reynolds said.

Reynolds blamed the decline on climate change, which he said is causing warmer temperatures in the ocean and rivers.

“When they’re returning to spawn, if the temperature starts to go up toward the 19 to 20 C mark, the salmon can simply die en route to the spawning grounds,” he said.

Neilson said it’s time the federal government use its power to protect the fish and its habitat, he added.

“Our suggestion is that government act quickly,” he said.

The Species At Risk Act allows the federal government to issue emergency protection orders which allow Ottawa to control activity in critical habitat normally governed by the provinces.

The federal government has used the power twice before for the western chorus frog and the sage grouse.

Federal Environment Minister Catherine McKenna said she hadn’t yet seen the assessment but would follow up on its concerns.

“We understand that it is critically important to protect and conserve our native wildlife. We need to fulfil our obligations under the Species At Risk Act.”

She said some measures have already been taken to protect and rebuild chinook salmon stocks. 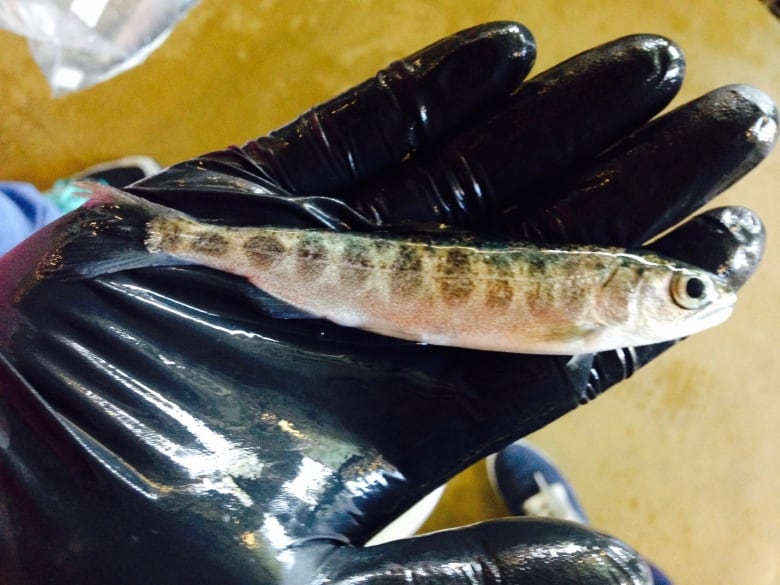 Only one population of chinook salmon assessed, located in the Thompson River, is considered stable. (Andrew Yeh)

Included among the 36 species the committee assessed were polar bears, which remain a species of special concern.

It also looked at the black ash tree, a common urban tree in civic parks in Toronto, Montreal, and Ottawa. It found that over the past 20 years, an invasive species called the emerald ash borer has killed about two billion ash trees in the Great Lakes Region.

The black ash is now considered threatened, the committee found.

Post Views: 403
Want To Change Your Life? Start Earning Up To $5,000 Per Week After Watching This Video. Click Here!
Related Topics:
Up Next