Could a longtime stuffed and badly faded weasel offer the only complete skin of the extinct and near mythical sea mink?

The fierce-looking animal, about the size of a small house cat, was killed more than 120 years ago on Campobello Island.

Scientists in the CRI Genomes lab at the University of New Brunswick hope new developments in DNA testing will put to rest any doubts about its identity.

The animal, mounted on a craggy piece of dark wood, is now the property of the New Brunswick Museum.

Sea minks were hunted to extinction in the mid to late 1800s. 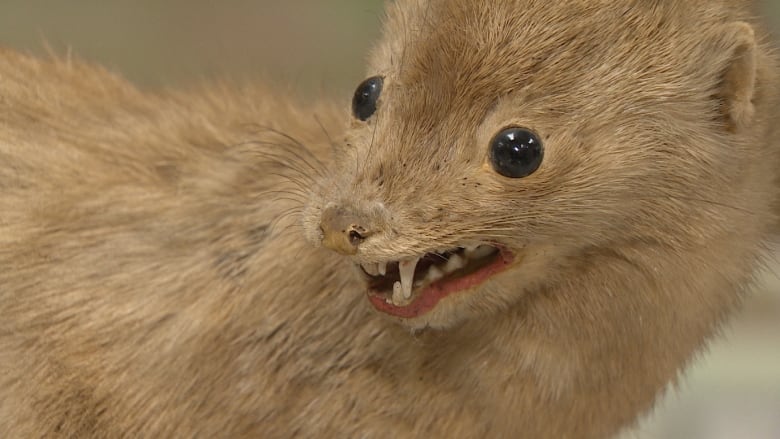 An animal that was killed more than 130 years ago, this mink has lost its original colouring. (Brian Chisholm/CBC)

They were highly prized for their size, which was considerably bigger than the common American mink.

Historic accounts describe them as “extremely fat” with a pungent, fishy odour and coarse reddish fur.

“Ty,” as this stuffed mink has been named by lab staff, has faded to a light tan, likely while doing time exposed to sunshine in a window.

“We’re not exactly sure what it is,” said Howard Huynh, a mammalogist and post-doctoral research fellow in charge of collecting and purifying DNA samples from one of the animal’s toe pads.

“If this actually does turn out to be a sea mink this would be the first known [specimen] skin and probably the only [specimen] with an intact skull found.” 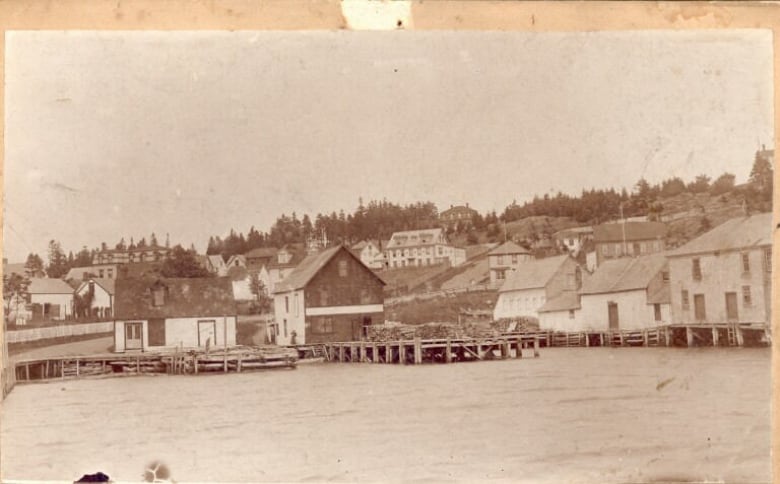 The mounted mystery mink was captured on Campobello Island. It spent more than 100 years in private collections across the border in Maine. (New Brunswick Museum X11475)

The sea mink’s territory was limited to the narrow coastal areas and islands of the Gulf of Maine and southernmost portions of New Brunswick and Nova Scotia.

Little to work with

A 1903 story in Forest and Stream magazine described the brutal hunting practices that brought about the animal’s extinction.

“If they took refuge in holes or cracks of the ledges, they were usually dislodged by working with shovels and crow-bars, and the dogs caught them when they came out. If they were in crevices of the rocks where they could not be got at and their eyes could be seen to shine, they were shot and pulled out by means of an iron rod with a screw at
the end.”

There is little today for researchers to work with. The only confirmed remains of the creatures are partial skull and teeth fragments found by archaeologists in First Nations dumps, known as kitchen middens.

Sea mink or not, this particular specimen comes to the New Brunswick Museum with a rich history.

It caused a stir in 1929 when it was discovered in the personal collection of Clarence Clark a prominent businessman, politician and collector in Lubec, Maine.

Its value was described as “beyond price” in a newspaper story at the time.

It wasn’t until 1965 that researchers at the Smithsonian Institution in Washington managed to get their hands on it. 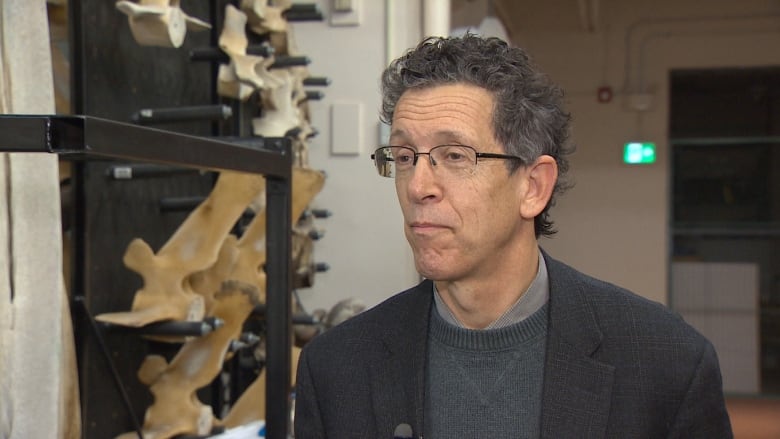 “In all, no less than 20 mammalogists expressed their opinions on it,” said a scholarly article subsequently produced by the National Museum.

The consensus, formed without the advantage of modern DNA sequencing, determined it is likely an unusually large specimen of the common American mink.

But the journal article nonetheless leaves open the possibility the animal is a hybrid between the extinct sea mink and a regular American mink.

In the early 2000s Don McAlpine, a zoologist at the New Brunswick Museum, managed to track down a Clarence Clark descendant and began purchase negotiations that carried on five years.

He finally managed to buy the mounted mink for $500 US.

After putting it on public display for a time, McAlpine recently turned it over to the CRI lab for examination.

The lab is able to perform state-of-the-art genomics testing for just this kind of project.

“I’ll be gobsmacked if it turns out to be anything other than a common North American mink. But this will allow us to maybe close the chapter on this particular specimen,” said McAlpine.

“But you never know. You get surprises.”

Post Views: 1,463
Want To Change Your Life? Start Earning Up To $5,000 Per Week After Watching This Video. Click Here!
Related Topics:completecreatureextinctfiercelookingleftminkSeaskinspecies
Up Next

Why those teeny bottles of hotel shampoo might become obsolete

Without action on climate, civilization will collapse, David Attenborough warns