The otter’s reign of terror is over, hopefully for good.

“We feel that Elvis has left the building and he is no longer on site … or she,” said Howard Norman, the director of parks, at a news conference on Thursday morning.

A few minutes later, at 10 a.m. PT, the usually tranquil attraction reopened as City of Vancouver staff worked to otter-proof the garden with metal grates, bars and tighter-closing automatic doors.

“We hope that will prevent the otter or any of its friends from coming back into the garden,” said Norman. 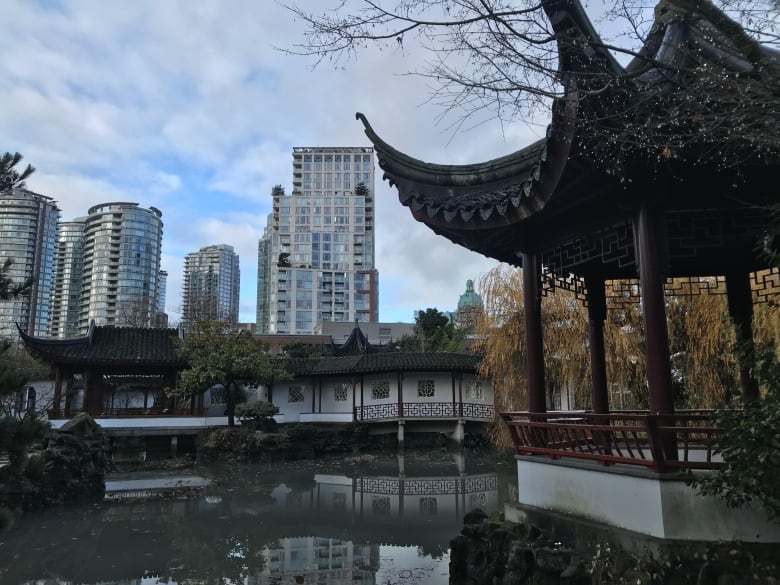 An invading otter rippled the waters of this oasis garden in downtown Vancouver. Cameras have been installed to make sure it’s safe to return the surviving koi to Dr. Sun Yat-Sen Classical Chinese Harden ponds. (Yvette Brend/CBC)

Park staff suspect the river otter came from False Creek. For more than a week park staff tried to trap the otter, but failed.

Wildlife experts also failed to corner the wily member of the weasel family.

Even six tuna-baited traps didn’t work, as it turned out the otter preferred live prey.

“I wouldn’t call it a battle,” said Norman.

But the flat-headed beast was spotted and photographed crossing Hastings Street in the dark a few times as it returned to the walled garden to hunt for koi in the ponds.

It managed to eat 11 of the culturally significant fish in the historic garden before city staff were forced to drain the ponds and remove the surviving fish. 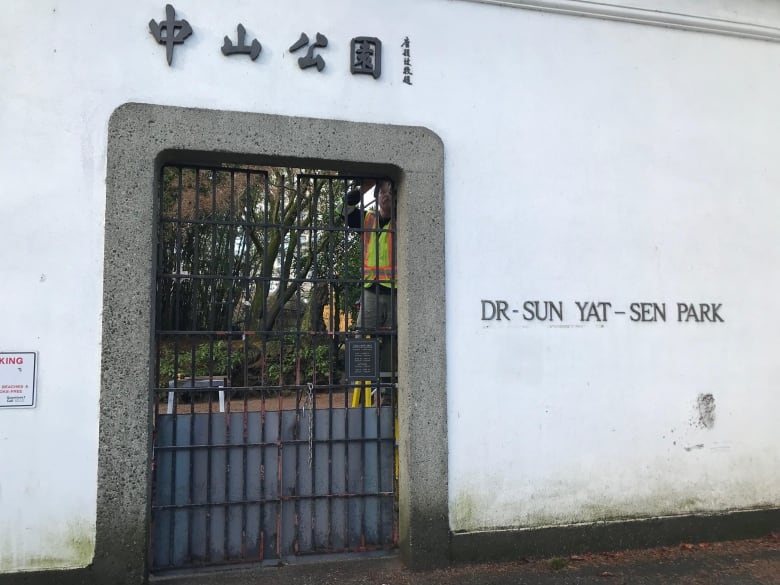 A city worker reinforces the metal grate of a walled garden in downtown Vancouver to try to keep hungry otters out. (Yvette Brend/CBC)

Vincent Kwan, executive director of the walled garden park, said as the water drained, there was renewed hope.

Staff were surprised to find 344 juvenile koi in the murky ponds, ensuring a future for the prized fish which are symbolic of perseverance, strength and transformation.

But among those eaten was a 50-year-old fish named Madonna.

“We didn’t find Madonna, so more than likely Madonna is no longer with us,” said Norman. 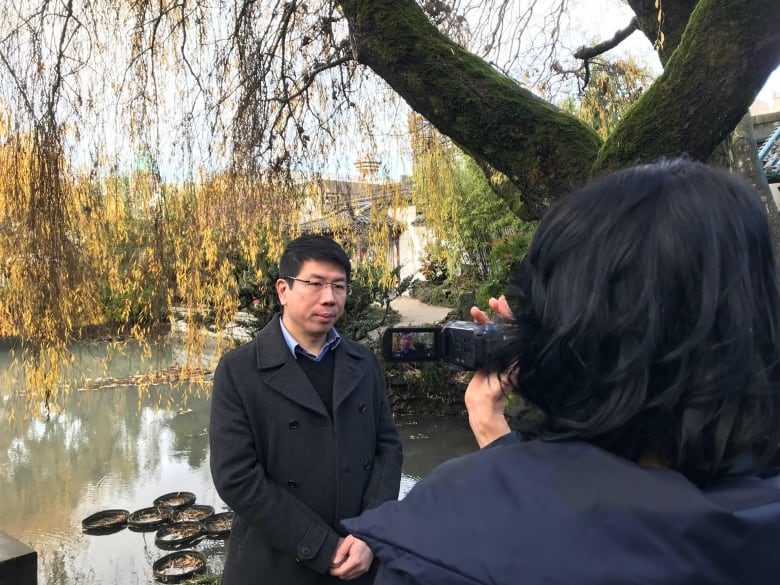 Vincent Kwan, executive director of the Dr. Sun Yat-Sen garden park, said nobody expected an otter to invade the ponds and eat their prized koi. They were also surprised by the international attention the saga of the indigenous otter and ornamental koi touched off on social media. (Yvette Brend)

Kwan said the whole ordeal was unexpected, although #OtterWatch2018 did attract positive attention to the garden worldwide.

But, he said, the loss of the precious fish, especially Madonna, made a lot of people very sad.

For now the surviving koi that were pulled from the pond earlier this week are being kept at the Vancouver Aquarium until it’s deemed safe for their return.

And cameras will be installed for awhile, just to make sure the coast is clear.

Because this otter has fooled people before.

The Sun Yat-Sen koi in their new home

The surviving koi are being kept at the Vancouver Aquarium until it’s deemed safe to return. 0:31

Post Views: 511
Want To Change Your Life? Start Earning Up To $5,000 Per Week After Watching This Video. Click Here!
Related Topics:gardenkoimaraudingotterreturnsignSunSurvivingwaitYatSen
Up Next

More plans unveiled for high-tech Quayside community, but still no word on who’ll own it

Post Views: 903
Want To Change Your Life? Start Earning Up To $5,000 Per Week After Watching This Video. Click Here!
Continue Reading

Post Views: 5,566
Want To Change Your Life? Start Earning Up To $5,000 Per Week After Watching This Video. Click Here!
Continue Reading