About 8,000 light-years from Earth lies a star system unlike any astronomers have ever seen. And within that star system lies a ticking bomb: a large star that could one day produce one of the most powerful explosions in the universe, known as a gamma-ray burst.

Gamma-ray bursts have been observed in other galaxies, but never in our own. These powerful explosions come in two types: long-duration and short-duration. They can give off more energy in a few seconds than our sun will in its entire lifetime. They are so powerful, that it’s believed a gamma-ray burst could be behind an extinction event on Earth about 450 million years ago.

The objects responsible for this poorly understood phenomenon are just as interesting as the gamma-ray bursts themselves. Wolf-Rayet stars are massive, more than 20 times that of our sun. These titans live only a few million years — a blink of an eye when you consider stars like our own sun live for 10 billion years.

In a paper published Monday in the journal Nature Astronomy, an international team of researchers reveals their findings on this new object, dubbed Apep.

Apep had been seen in X-ray and radio observations more than 20 years ago, but had never been studied in-depth.

In 2012, astronomer Joe Callingham, then working on his Ph.D at the University of Sydney, came across the observations. It left him scratching his head. There was clearly something unusual going on. 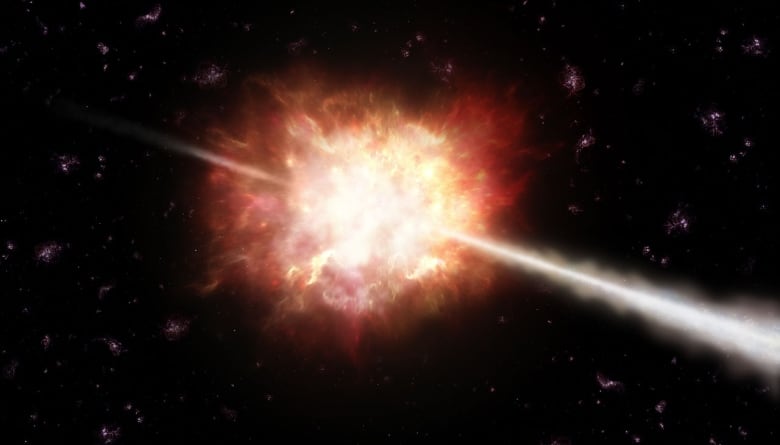 Hoping to get more data, he booked time on the European Southern Observatory’s Very Large Telescope in Chile. What he got back stunned him. There, as clear as day, was an image unlike anything ever seen before: a beautiful pinwheel.

“This is kind of a once-in-a-career image … that’s just nature right there,” Callingham said. “And it kind of captures something special, almost poetic or artistic, rather than just scientific.”

It’s believed that the curved tails of Apep form as the two stars orbiting at the centre throw dust into the expanding winds, almost like a rotating lawn sprinkler.

What the researchers suggest in Monday’s paper is that at the heart of the pinwheel are two massive Wolf-Rayet stars (with a third much further away) with winds that collide in the centre and produce dust.

They calculate the winds are travelling at almost 12 million kilometres an hour, or one per cent of the speed of light. One of the stars is at the end of its life, and will undoubtedly die in a powerful explosion, called a supernova.

“There’s no doubt it will explode. It will go supernova, probably in 100,000 years,” Callingham said. “The question is, will it go in a gamma-ray burst? Well, at the moment, if it exploded today, yes, it would.”

But whether or not the conditions will remain, astronomers can’t say for certain.

The good news is that, even if it does, it looks like Earth isn’t in the line of fire.

The more the researchers studied these stars, the stranger it became.

It’s believed that gamma-ray bursts can only occur in stars with low metallicity, as metals produced in a star’s core would slow its rotation.

But this rapidly rotating Wolf-Rayet star is turning that theory on its head, as our young galaxy holds stars with high metallicity.

“It’s an oddball in every way,” Callingham said. 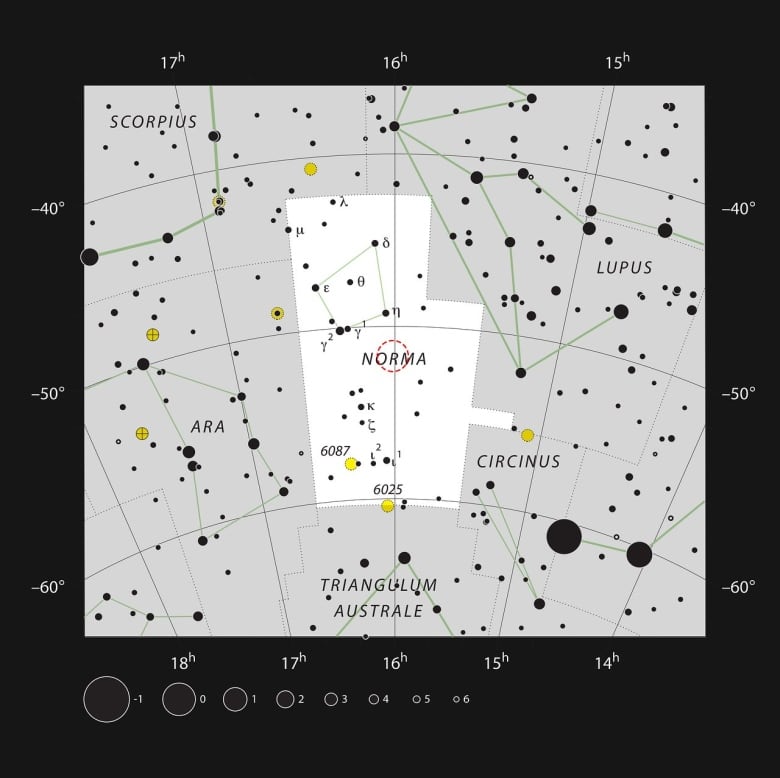 Excited by these findings, Callingham and his team of researchers decided to conduct further observations, hoping to see the dust that would be released from the star moving over time.

The researchers theorize that one star is rapidly rotating, producing fast winds at poles, but not at the equator where the dust would be.

But another possibility is the system is farther away than believed. Still, that would make it the brightest object in our galaxy.

“We say that that the best model is that it’s a long gamma-ray burst progenitor, but actually it’s a really unique system that we don’t understand, and that’s our best model,” said Benjamin Pope, a co-author and astronomer at New York University.

“But we need more data. Whatever it is is a highly unusual stellar system … and that’s our best model for it.”

The research team hopes to do follow-up observations with other telescopes, and believe that this is just the start of Apep’s story.

“I think people are going to be writing about this star for years,” Pope said. “This has baffled all the experts in the field that we’ve shown it to, which is essentially all of them. I think we’re at the beginning of a really interesting story.”

Post Views: 513
Want To Change Your Life? Start Earning Up To $5,000 Per Week After Watching This Video. Click Here!
Related Topics:burstdyinggalaxygammaraypowerfulstarunleash
Up Next

Get ready for another test of the wireless emergency alert system