Hundreds of sea lions have descended upon the waters of Cowichan Bay off the east coast of southern Vancouver Island this fall. And while they return to this area every year to grab some grub and lounge about, their sheer numbers have taken many locals and tourists by surprise.

Simon Pidcock, owner of Ocean EcoVentures in Cowichan Bay, says at their peak, there were around 300 Steller and California sea lions splashing around the bay and camping out on the docks.

He says those numbers are up by around 120 from past years.

The sea lions at Cowichan Bay, BC. They ‘barked’ ALL NIGHT!!! The hotel gives out earplugs when you check-in <a href=”https://t.co/cviYjm2xMm”>pic.twitter.com/cviYjm2xMm</a>

Pidcock credits a stronger-than-normal chinook run in the Cowichan River for the blubbery abundance, providing a ready food source for the sea lions.

“We have a large river emptying into a bay — it’s kind of like a smorgasbord,” he said.

Salmon doesn’t make up a huge part of a sea lion’s diet, but Pidcock says when there’s such an array of easy-to-catch food, the sea lions show up in numbers. 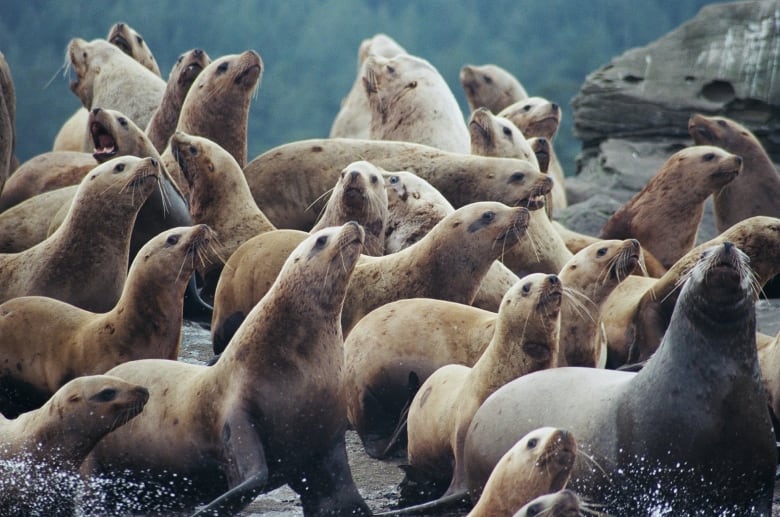 Males duke it out

Unfortunately, the sea lions, who have made themselves at home on the docks of the marina, aren’t making the best house guests, according to Pidcock. He says their vocalizing continues through all hours of the day — and night.

“We have a great hotel in Cowichan Bay and they do have optional ear plugs every time this year,” said Pidcock.

He says it’s predominantly males duking it out to claim the best piece of sun-soaked real estate.

And before you even hear them, one of your other senses will alert you to their presence.

“If you’re downwind you definitely notice it as well, they are pretty smelly,” he adds. 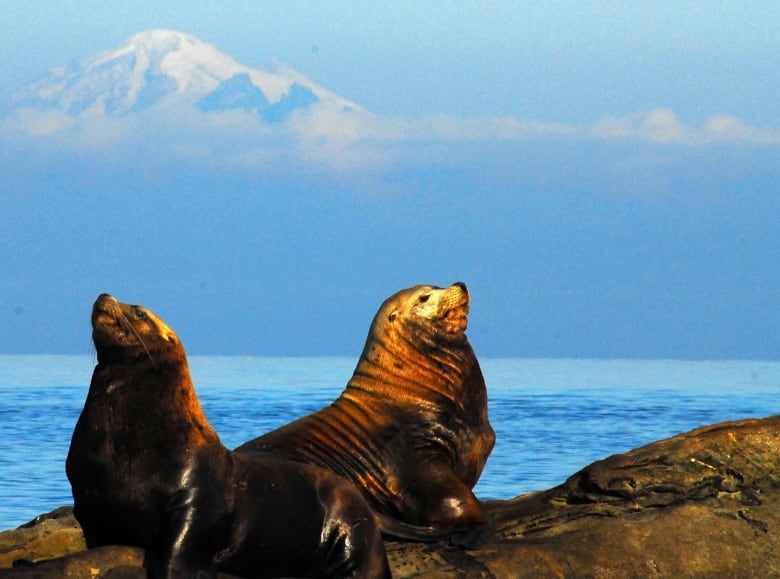 Yet, for all their faults, Pidcock says the sea lions have been a boon to tourism, as people come to the bay to witness the (in)famous visitors.

He says the bay offers a number of vantage points to closely watch them from land without disturbing them.

“It’s better than TV, by all means — all the antics,” said Pidcock.

However, he is quick to add that under law, boaters must keep a distance of 100 metres from the animals at all times.

“We’re viewing them in their home and it’s really good to give them that space.”

Large groups of sea lions come to the bay for about two months every year.

You can listen to the full interview below;

On The Island’s Gregor Craigie speaks with Simon Pidcock, owner of Ocean EcoVentures in Cowichan Bay. 5:33

Post Views: 371
Want To Change Your Life? Start Earning Up To $5,000 Per Week After Watching This Video. Click Here!
Related Topics:
Up Next

Post Views: 876
Want To Change Your Life? Start Earning Up To $5,000 Per Week After Watching This Video. Click Here!
Continue Reading

Post Views: 5,415
Want To Change Your Life? Start Earning Up To $5,000 Per Week After Watching This Video. Click Here!
Continue Reading

Post Views: 550
Want To Change Your Life? Start Earning Up To $5,000 Per Week After Watching This Video. Click Here!
Continue Reading