Twelve-thousand bottles strung together, surrounding a canoe, now hangs above all those that walk through Ripley’s aquarium in downtown Toronto.

“I hope that they see the canoe being overwhelmed by the plastic, and recognize the sheer volume of the challenge. And that every bottle we buy contributes to that challenge,” says Rebecca Jane Houston.

Houston is the Toronto artist behind the sculpture unveiled Wednesday night at Ripley’s, though it isn’t the first time the work is being seen by the public. It was was displayed outdoors during Pride week this past summer. Environmental Defence Canada, the organization that commissioned the project, thought the aquarium would be a fitting next stop. 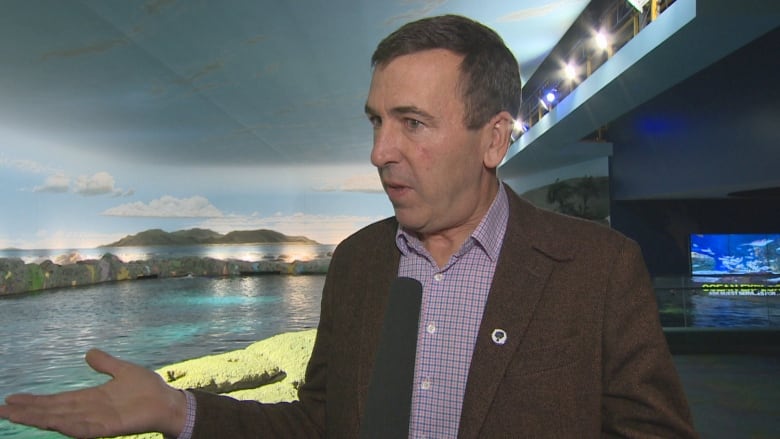 To break it down further, that’s about 12,000 bottles thrown out every four minutes, the same number that make up the sculpture. It’s a statistic Gray thinks we should all be concerned about.

To complete the sculpture, the organization collected empty bottles from people across the GTA, giving them 10 cents for each one. Gray said they collected enough bottles to construct the sculpture in just three days.

Ontario and Manitoba are the only two provinces that have not yet adopted this kind of deposit return program for plastic bottles.

“The plastic bottle recycling rate in Ontario is very low. It’s only at about 50 per cent. That contrasts with provinces that have a depot return program where it’s always [above 80 per cent],” Gray says.

He thinks a money-back guarantee will drastically improve the Ontario’s plastic bottle recycle rate, which is the lowest in the country.

Environmental Defence Canada is currently pushing for the province to adopt a deposit system. It has launched the campaign “Cash it! Don’t Trash it!” to encourage others to join in their fight, which includes signing a petition to pressure  Rod Phillips, minister of the environment, and Premier Doug Ford to take action. 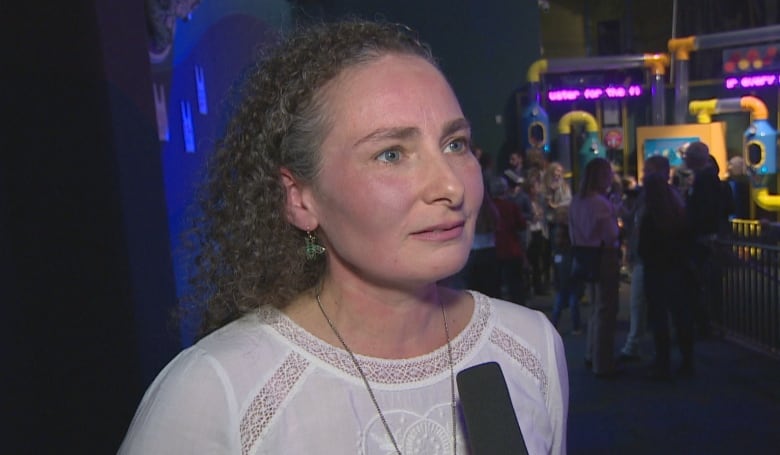 Artist Rebecca Jane Houston says the abundance of plastic in the Great Lakes is often ignored because the problem is not highlighted in the same way as pollution in our oceans. (Garry Asselstine/CBC)

Houston believes putting pressure on all levels of government is the most important thing we can do, even more than taking individual responsibility.

“We need to really consider the greater political action that we can take, to encourage our autonomous political bodies not to be swayed by industry, and to have a really strong backbone to speak up against industries that are forcing us into this dependance on plastic because it’s economically important to them,” she said.

“What we have to do is speak politically as citizens and not as consumers. And to say, as citizens, we don’t want this pollution in our water anymore.”

Post Views: 521
Want To Change Your Life? Start Earning Up To $5,000 Per Week After Watching This Video. Click Here!
Related Topics:aquariumartbottleembraceslightplasticpollutionRipleysshine
Up Next