The federal government is poised to apologize for how it treated Inuit who were plucked from their communities across the North and taken to sanatoriums in southern Canada for tuberculosis treatment in the mid-20th century.

The president of Nunavut Tunngavik Inc. (NTI), the organization that speaks for Inuit in Nunavut, made the announcement during its annual general meeting this week.

Aluki Kotierk says, in asking for an apology, the organization is not asking for compensation.

“I wish the federal government would work on this quickly, but we are expecting the apology any time now,” Kotierk said in Inuktitut. 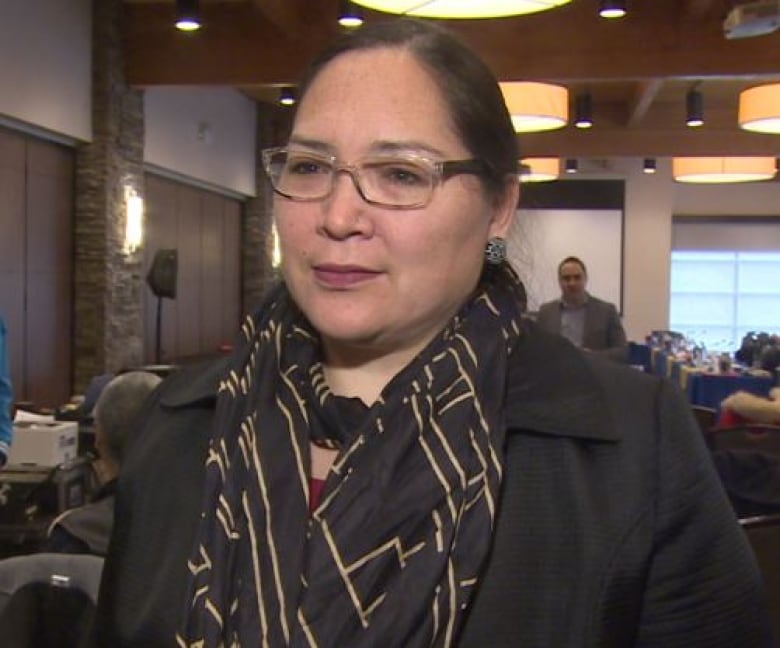 Aluki Kotierk announced at Nunavut Tunngavik’s annual general meeting that the federal government plans to apologize for the treatment of Inuit who were taken south for tuberculosis treatment from the 1940s to 1960s. (Jordan Konek/CBC)

Plans for the apology were discussed as part of the Inuit-Crown partnership signed by Prime Minister Justin Trudeau and Inuit leaders in 2017. The group of leaders and federal ministers meets three times a year, including once with the prime minister to discuss Inuit priorities.

NTI wants help to find the burial sites of those who died during treatment, whose bodies were not returned to their families, but buried somewhere in southern Canada.

“Many Inuit don’t know where their loved ones are buried, and so there’s a lot of trauma and hurt that Inuit feel based on this in our living history, so having a federal apology will be a step closer to reconciliation,” she said.

Kotierk says she also wants counselling made available for families and those who were sent south and did survive.

Inuit who made the trip south were confronted with a completely foreign and often unfriendly environment, an elder from Rankin Inlet, Nunavut, said. 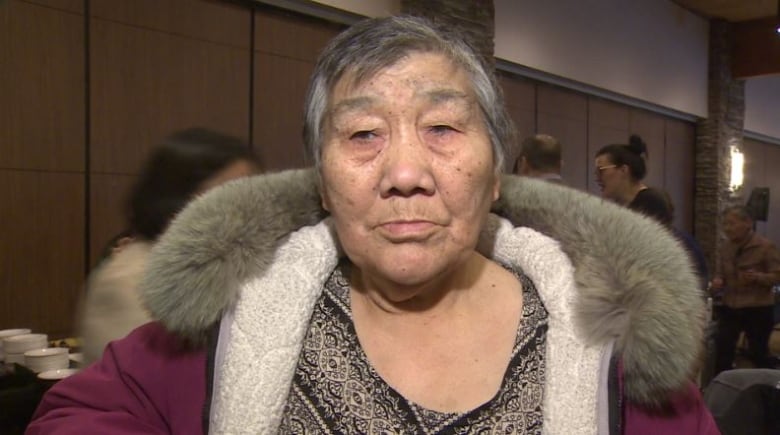 Alasie Iguptaq was sent south for treatment three times throughout her life, as a child, teenager and adult. (Jordan Konek/CBC)

“We were forced to eat, pushing the food down to our throats, even though we were vomiting the food, and we would be physically hit, forcing us to eat the food we did not like,” Alasie Iguptaq said in Inuktitut.

Iguptaq was sent south for treatment three times throughout her life, as a child, teenager and adult.

The food in the hospitals was unfamiliar and few patients spoke English, so they often did not understand what was going on, Iguptaq said.

She said she would be “very happy” with a federal apology, as it was a difficult time. “Many children were sent away and came back as adults.”

Nearly half of the Eastern Arctic Inuit population was sent to Hamilton, Ont., for tuberculosis treatment between 1953 and 1961.

In an emailed statement the office of Minister of Crown-Indigenous Relations Carolyn Bennett acknowledged an apology is coming.

“As the new Inuit-Crown relationship moves forward, we are committed to action to address painful memories of the past, including relocations and the treatment of Inuit during the tuberculosis epidemic of the 1940s-60s,” it said.

There are no details available yet as to when or where the apology would take place, but NTI’s Kotierk says she would like the apology to happen in the North.

With files from Salome Avva and Jordan Konek

Post Views: 528
Want To Change Your Life? Start Earning Up To $5,000 Per Week After Watching This Video. Click Here!
Related Topics:apologizeCanadaCenturyInuitmid20thTreatmenttuberculosis
Up Next

Post Views: 567
Want To Change Your Life? Start Earning Up To $5,000 Per Week After Watching This Video. Click Here!
Continue Reading

Post Views: 489
Want To Change Your Life? Start Earning Up To $5,000 Per Week After Watching This Video. Click Here!
Continue Reading

Post Views: 535
Want To Change Your Life? Start Earning Up To $5,000 Per Week After Watching This Video. Click Here!
Continue Reading