A Northern California judge on Monday upheld a jury’s verdict that found Monsanto’s weed killer caused a groundskeeper’s cancer, but she slashed the amount of money to be paid from $289 million US to $78 million.

Bolanos gave DeWayne Johnson until Dec. 7 to accept the reduced amount or demand a new trial.

Johnson’s spokesperson, Diana McKinley, said he and his lawyers are reviewing the decision and haven’t decided the next step.

“Although we believe a reduction in punitive damages was unwarranted and we are weighing the options, we are pleased the court did not disturb the verdict,” she said.

Monsanto spokesperson Daniel Childs said that the company was pleased with the reduced reward but still planned to appeal the decision. Childs said there’s no scientific proof linking Roundup to cancer.

The jury awarded punitive damages after it found that the St. Louis-based agribusiness had purposely ignored warnings and evidence that its popular Roundup product caused cancer, including Johnson’s lymphoma.

Punitive damages are designed to punish companies that juries determine have purposely misbehaved and to deter others from operating similarly.

In a tentative ruling on Oct. 11, Bolanos said it appeared the jurors overreached with their punitive damages award. She said then that she was considering wiping out the $250-million judgment after finding no compelling evidence presented at trial that Monsanto employees ignored evidence that the weed killer caused cancer.

The judge reversed course Monday and said she was compelled to honour the jurors’ conclusions after they listened to expert witnesses for both sides debate the merits of Johnson’s claim. 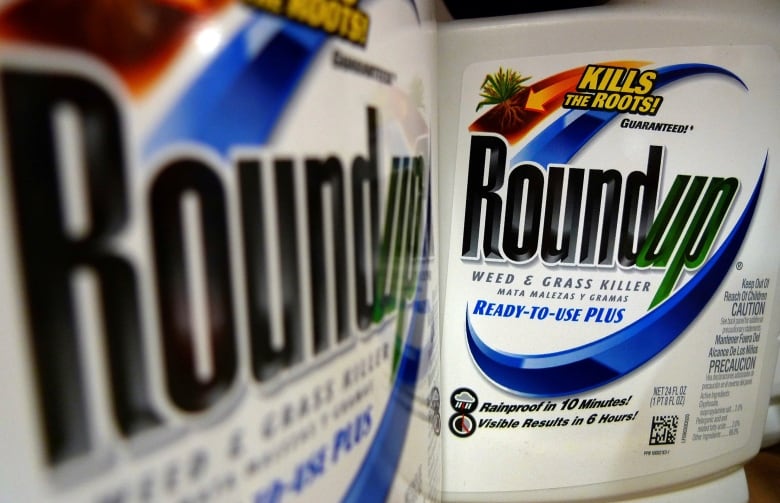 Bottles of Roundup herbicide, a product of Monsanto, are shown. While the science is inconclusive on the link’s between the product’s chemical glyphosate and cancer, the judge said he must respect the conclusion of the jury, which favoured the view of the plaintiff’s scientific expert. (Jeff Roberson/Associated Press)

“Thus, the jury could conclude that Monsanto acted with malice by consciously disregarding a probable safety risk,” Bolanos wrote in her ruling.

Some jurors were so upset by the prospect of having their verdict thrown out that they wrote to Bolanos, the San Francisco Chronicle reported.

“I urge you to respect and honour our verdict and the six weeks of our lives that we dedicated to this trial,” juror Gary Kitahata wrote. Juror Robert Howard said the jury paid “studious attention” to the evidence and any decision to overturn its verdict would shake his confidence in the judicial system.

The judge did slash the $250 million punitive damage to $39 million, the same amount the jury awarded Johnson for other damages.

Johnson’s lawsuit is among hundreds alleging Roundup caused cancer, but it was the first one to go to trial.

Johnson sprayed Roundup and a similar product, Ranger Pro, at his job as a pest control manager at a San Francisco Bay Area school district, according to his attorneys. He was diagnosed with non-Hodgkin’s lymphoma in 2014 at age 42.

Many government regulators have rejected a link between the weed killer’s active chemical — glyphosate — and cancer. Monsanto has vehemently denied such a connection, saying hundreds of studies have established that glyphosate is safe.

Post Views: 414
Want To Change Your Life? Start Earning Up To $5,000 Per Week After Watching This Video. Click Here!
Related Topics:cancercausedJudgmentmanMonsantosreducedRoundup
Up Next